We have set up (we believe) the first group for those who have lost a doctor-relative through suicide or sudden accidental death. What members of this bereavement group have done is made real what research has told us – that suicide is more common amongst doctors (especially women) than in other professional groups; that doctors suffer from personal, professional and institutional stigma when trying to seek help for mental health problems; and that complaints are a significant contributing factor in doctors’ suicides. 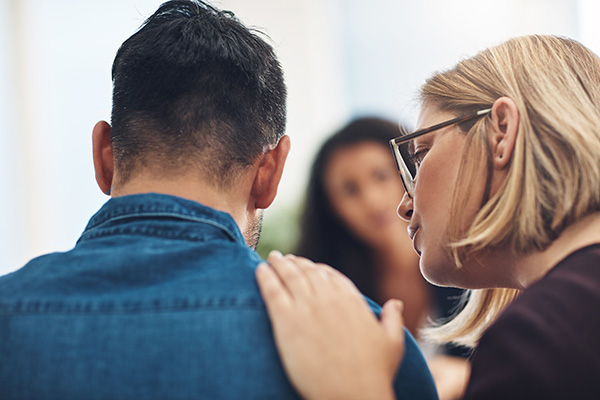 For many of the deceased, it was the receipt of a complaint (even a trivial one) that had led to rumination, shame and depression. Often unsupported, young and older doctors alike had to face the impact of a complaint alone. Uncertain how long it would take to be resolved (or whether it ever would be), they suffered over it and exaggerated the likelihood that they might lose their careers and livelihoods. Instead, they lost their lives.

The group will meet a few times a year and act as an informal network. If you would like to attend the Bereavement group please let us know

In Memoriam: Remembering those doctors and other health practitioners who have died as a result of suicide

Our service was set up following the tragedy of Dr Daksha Emson, a young psychiatrist and mother who, together with her 3 month old baby, died in October 2000.

Freya, would have been 18 years old this year and as with many 18-year olds in the throes of A levels, and probably worrying about whether she would be getting the grades for her chosen University. She would be destined to enter the health system – primed no doubt by her mother, who was a talented psychiatrist or myself, her father, a radiologist. But all of this is inference. On 9th October 2000 Daksha stabbed Freya, then 3-month-old, stabbed herself, covered both of them in accelerant and set it alight. Freya died of smoke inhalation; Daksha survived for a further three weeks in a burns unit, but died without regaining consciousness.
The incident, took place during a psychotic episode that was a consequence of her bipolar affective disorder, triggered by her post-natal condition and aggravated by psychosocial stresses.

I still live in the same house, redecorated several times to clear it from the smell of fire. A large photo has pride of place in the front room. The colour photo above of ‘my girls’, was taken on Sunday 8th October the day before the tragic incident. Daksha’s pain and torment hidden from view, the smile acting as a mask to her suffering. By now she had already planned their deaths and had already bought the accelerant. And masking pain is typically of doctors. They learn early on in their training to hold the line, to appear stoical, to turn up for work come what may and to never admit to their vulnerabilities.

Daksha had a long history of mental illness, and the inquiry highlighted the stigma that doctor-patients experience when becoming mentally unwell. At personal level they fear that if they disclose mental illness that they will be subjected to sanctions by their employer or regulator, or worse still lose their job. They fear loss of confidentiality and that their personal details will be disclosed outside the safe space of the consulting room. Daksha was for ever frightened at being ‘found out’ and of being exposed as someone needing help. Practitioner Health Service as a response to the tragic deaths of my wife and daughter and other such tragedies will enable their silent screams to be finally heard. The continued development and success of PHS will be their everlasting legacy of remembrance.

Over the last ten years PHS has seen a small number of our patients die by suicide or sudden accidental death. Thankfully this is a relatively rare event but we recognise the huge impact this has on the families, friends, colleagues and patients of the clinician. It also has a deep impact on us as a team.

We know that around the world many doctors do feel distressed, anxious and experience a range of negative emotions related to their life and work. Some will contemplate suicide, but hopefully will find the support they need.

Sadly others do not and do take their own lives.

We want to ensure that these lives are not forgotten and that we remember all that these clinicians were in life and the impact they had on those around them. With this in mind we are creating a “Memory List” of those who have died so that we can continue to remember them. We do not yet know how we will use this list and in what format we can share it but are open to suggestions.

The “Memory List” contains the names and photos of doctors and other health practitioners lost to suicide or sudden accidental death. If you would like to include a friend or relative on this list do let us know.

BACK TO MAIN INDEX

Find out more about the services we provide

Answers to our most frequently asked questions

WHAT DOES OUR SERVICE OFFER